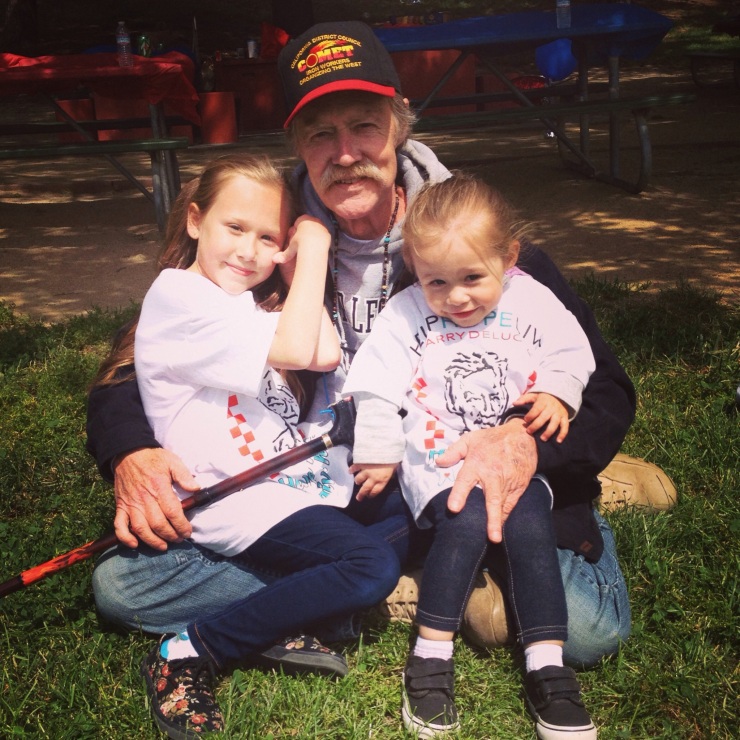 With the celebration of Father’s Day it has caused me to reflect on the last couple of years with my Dad. He was always a hardworking man, having wrenched on semi diesel trucks for the better part of 30+ years for his family diesel mechanic business, coached my brothers’ little league teams, without fail attended almost all of my softball games in high school (even though I wasn’t any good), taught me how to drive a stick shift (while living in the hills), and was always just calm. So, when he got congestive heart failure, also known as CHF, it was devastating. He was so sick, weak, couldn’t work anymore, and in the beginning could barely take care himself.

While my parents kept all three of us kids informed about what was going on, when I think back to that time I realize that they shielded us from just how bad it actually was. Eventually his cardiologist found the right combination of meds to get his energy and strength back up again, though not enough to go back to wrenching on trucks. My Dad lived with and battled CHF for more than 10 years – much longer than most people live with it, and I truly believe he has his long-time cardiologist to thank for that.

Dad’s journey to the heart transplant list was brutal. In and out of the hospital every couple of weeks for a multitude of reasons: TIAs (which are like small strokes) and passing out suddenly. It was scary while it was happening and when he became a patient at Stanford there was suddenly a sense of hope. He was officially waiting for a heart in what I didn’t realize at the time, was a very organized level of hierarchy of sickness. For instance, when my Dad was first “put on the list” he was at the very bottom of the list. So, he wouldn’t necessarily be getting a call for a heart anytime soon. If he got sicker (which at that point I thought was impossible), then he would move up on the list. What that entailed was having either a pump or intravenous meds basically making your heart pump.

We finally got to that point. I had offered to drive my Dad out to Stanford for a regular check-up with the transplant cardiologist. I knew Dad wasn’t feeling well. He was very low energy (lower than usual), and just seemed out of it. We got to his appointment and the doctor came in, started asking some questions – looked at me – then looked at my Dad and asked, “How are you feeling right now?” My Dad (for once in his life) told the doc the truth and said that frankly he wasn’t feeling very well at all. The doctor looked at me and then back at my Dad and said, “Well, I’d like to admit you today.” At first my Dad hesitated and said no. I looked at the doctor and told him that I would bet money that if I took my Dad home that evening, he would inevitably be admitted into our local hospital within 12 hours. The doctor looked at me, looked back at my Dad and said, “I don’t give you more than 2 months to live unless we start doing something to get you better.” The doctor then got up, said “I’ll give you some time to decide,” and walked out. My Dad looked at me and asked me what I thought he should do. I looked at him, and started crying. It was a very raw feeling because my entire family has had to be strong and resilient, putting our best foot forward at all times throughout his entire sickness. I told him that I thought he needed to be admitted. About the time I told him what I thought he needed to do, the doctor walked back in and asked what the plan was. My Dad said, “Nikki thinks I should be admitted so let’s do it.”

Everything happened very quickly then. The doctor called down to get him a room and wheeled him down there himself. The nurses started getting him situated and I was completely freaked out, but in a way that I hadn’t been scared before. It’s hard to describe. So, once he was comfortable I decided it was probably safe to go home. Mind you, I still hadn’t talked to my Mom who thought I was driving him to his appointment, simple right? So, I walk out to my car and call my Mom to tell her that they were going to keep him, but I could hardly keep back my tears. I think none of us really knew what it meant for them to keep him because he was too sick to go home.

While he was at Stanford they decided how they were going to treat him. The doctors basically had two options for him. The first was an LVAD which is a left ventricular assist device, which is a pump used for patients who have reached end-stage heart failure. The LVAD is surgically implanted, and is a battery operated mechanical pump which helps the left ventricle (main pumping chamber of the heart) pump blood to the rest of the body. OR he could be put on Dobutamine intravenously to help his heart pump blood to the rest of his body. The second choice was less invasive, but was not as reliable in the sense that they had never had a patient on Dobutamine for more than 6 months, and there was no saying how long my Dad would have to be on the transplant list. The LVAD was more reliable, but was also open heart surgery and he would have to wait 6 months post-LVAD to even be OK’d to be on the list. Dad weighed his options, spoke to someone who had an LVAD, and felt like he was willing to take the chance with Doutamine. Turns out it was the best decision he could have made.

Once my Dad was officially using something to essentially keep him alive, he was bumped up on the list. This is part of the sickness hierarchy I mentioned in the beginning. His chances of getting the call for a new heart were now higher. With that comes some preparation. We had to begin fundraising. This was right up my alley in that at the time my job consisted of a lot of event planning. I talked with someone at HelpHopeLive who gave me some pointers on how to raise money, provided me with all of the documents needed to get donations, items donated for raffles, and tax deduction documents. We were well on our way to our fundraising goal (which was 10K, and we were already halfway there!), when we got the call.

It was Saturday, July 5th and I had been out wine tasting with some of my best friends. We were hanging out after dinner, watching TV when my Mom sends me a text that says, “Dad might be getting a new heart.” I double read it because I almost couldn’t believe what I was reading, so I read it to my friends. Lindsay immediately jumped up and said, “Do we need to go now?” Then my phone rings. It’s my Mom. She tells me that my Dad is on standby and we will know in an hour if the heart is for him. In the hierarchy of sickness, there is also the notion that children are offered the organ first, and if it’s too large for the chid, then the list with adults is looked at. We decided to wait the hour before heading home…which by the way was the longest hour ever. Mom called me to tell me the heart is my Dad’s and we have to be at Stanford by 6 am the next morning. 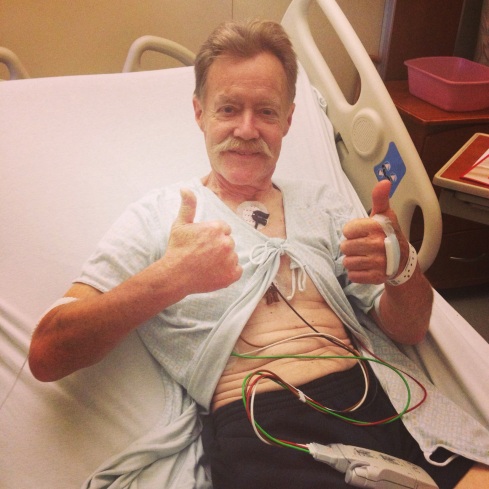 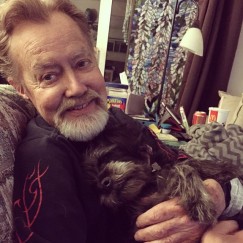 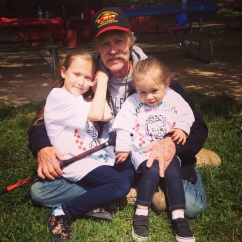 I’m not sure that any of us slept that night (especially my Dad). The whole family was up and at ’em headed to Stanford on Sunday morning. My Dad’s energy was through the roof. I think he was running on pure adrenaline, but I do remember one particular thing while I was trying to rush him out of the house, he took one last look around the living room, in what I can only describe as taking in what could be his last look at his home.

The next 12 hours were the longest of all of our lives. After we said goodbye to him as they wheeled him off to the operating room we really didn’t have an understanding of how long it would take. 6 hours? 8 hours? But 11 1/2 hours?! We were all zombies by the time the surgeon who basically put my Dad back together came out to find us and tell us that everything went well and he was in recovery. He told us to go home and get some rest because we really wouldn’t know more until the next morning when he woke up.

The next morning we took our time getting up – we were still exhausted from the last couple of days – and headed back out to Stanford to see Dad. I wasn’t sure what to expect really. Would he be sleeping still? Would he have breathing tubes and things of that nature? When we finally go to see him they had just taken the breathing tubes out, he was sitting propped up in his bed, very shaky but fully alert. We each grabbed his hand and said hello to him and he just said, ” I did it.”

We didn’t stay too long because he was really on some heavy duty meds, but when I left his room we all hugged each other, and all I could feel were tears of happiness. I’ve had tears of joy, for example when my nieces were born, when I found out I passed my master’s oral defense, but this was a different kind of happiness…built in with relief and unbelievable gratitude.

I have someone’s selfless gift to thank for having my Dad here with me for yet another Father’s Day. I have my Dad to walk me down the aisle (someday), something I thought would NEVER happen, and I have my Dad who will get to see his granddaughters grow into the amazing young ladies that I know they will be.

I won’t get preachy about becoming a donor, but this experience definitely did so if you’re interested you can sign up here: www.donatelifecalifornia.org. 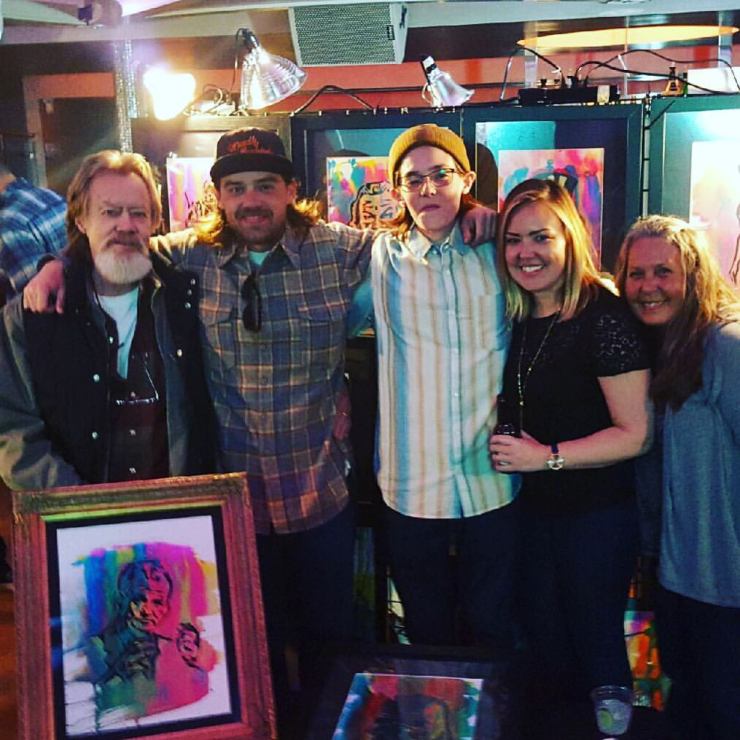 2 thoughts on “Another Father’s Day to be Grateful For”