As a lot of my close friends know, my Mom and I share a birthday month – to be exact we share a birthday week (me on July 11th and my Mom on July 13th). The joke when I was younger was that I stole all the excitement out of my Mom’s birthday, what with all the party planning and coordination that goes into planning a child’s birthday party. Eventually a corner was turned and we started celebrating those birthdays together.

This year was particularly important because my Mom turned 60! I was toying with the idea of what to do, where to go, how to make her feel special, and hadn’t quite landed on anything. Then my brother sent me a text asking what we were going to do to celebrate. The interpretation of that was, “What are YOU planning for Mom’s birthday?” I threw out a couple of ideas, and one in particular being a trip to Fort Bragg to visit Glass Beach. My Mom has always wanted to visit Glass Beach. For those of you who don’t know what Glass Beach is, it is a beach in MacKerricher State Park that is abundant in sea glass, created from years of dumping garbage into an area of coastline near the northern part of Fort Bragg. 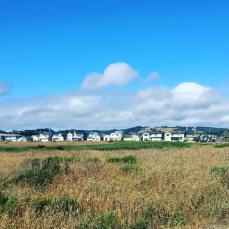 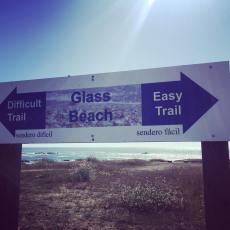 In 1906, Fort Bragg residents established an official water dump site behind the Union Lumber Company onto what is now known as “Site 1.” Most water fronted communities had water dump sites where they discarded glass, appliances and even vehicles (GASP! I literally can’t believe anyone ever thought that was environmentally okay – but I digress). Locals referred to these sites as “The Dumps” and fires were often lit to reduce the size of the trash pile (double GASP!). When the original dump site filled in 1943, the site was moved to what is now known as “Site 2,” an active dump site from 1943 – 1949. Once the original dump site filled in 1949, the dump was moved north to what is now known as “Glass Beach,” which remained an active dump site until 1967 – when the California State Water Resources Control Board and city leaders finally closed the area.

Over the next several decades, various cleanup programs were undertaken to correct the damage, and what was biodegradable in the dump sites simply degraded and all the metal and other items were eventually removed and sold as scrap or used in art. The pounding waves broke down the glass and pottery and tumbled those pieces into the small, smooth, colored pieces that are often found covering Glass Beach in Fort Bragg. The beach is now visited by tens of thousands of tourists yearly.

Now, I have to say that sea glass is not foreign to my family. When we were younger my Mom would pick us up from school on Wednesday afternoons (we got out a couple of hours early every Wednesday back then), and she would drive us out to Half Moon Bay. I would diligently do my homework on the beach, my brothers would play in the water, our family wiener dog Cleo would bark incessantly at my brothers (I think she was worried about them being in the water), all the while my Mom was collecting sea glass all up and down Redondo Beach. The most common colors were clear and brown, next was green, and the mother of all mothers was blue sea glass. We would often join in with helping her scour the sand for these special little gems. Over the years my Mom has crafted many cool and different things out of the hundreds, if not thousands of pieces she’s collected over the years.

So, when Mom said she read about a beach in Fort Bragg that was all sea glass, I cataloged it and thought eventually it would be nice to get her out there to see it. I had read that we shouldn’t expect to see more glass than sand, and that it was a bit underwhelming and over-picked. Nonetheless, I was still in awe of it because it brought back those fun memories of being a kid and trekking out to Half Moon Bay every Wednesday (I mean, really, who’s Mom was cool enough to do that with their kids EVERY week, on a school night no less?).

I found a great house in Fort Bragg (not far from the beach and downtown) on VRBO (vacation rental by owner), and planned for the whole family (and the dogs) to spend two nights in a cute craftsman house. So, 5 adults, 2 children, and 3 dogs piled into two cars to take the 4 hour (without traffic or potty stops) trip from the East Bay up North to Fort Bragg. For those of you who don’t know, Fort Bragg is this cute little beach town that is right out of a book: cute, quaint, and the all too familiar smell of the salt, sand and fog that identifies Northern California’s beach coast. The very best part about Fort Bragg is the juxtaposition of the beach and the redwood trees in the background. It is absolutely beautiful and makes you think about how lucky us Northern California folks are to have literally the beach and the forest all in one place. 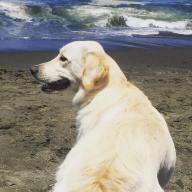 Our first full day we woke up to find ourselves totally socked in with fog. I was afraid it was never going to burn off, but it did! By 10 am the fog had burned off and we were able to enjoy the beach. We were unprepared in the sense that because it had been so foggy, and we didn’t really anticipate it changing much, we packed no food, no shorts, no flip flops etc. The only person who was prepared was Mariana (my 8 year-old niece) who had her bathing suit and sand toys in tow.

We had a great time celebrating 60 years of having this wonderful person who is a friend to many, a wife and caretaker, but most importantly, my Mom for the past 33 years. I’ve been lucky enough to realize how important and precious our friendship is, and look forward to many more exciting birthday celebrations with her and the family. 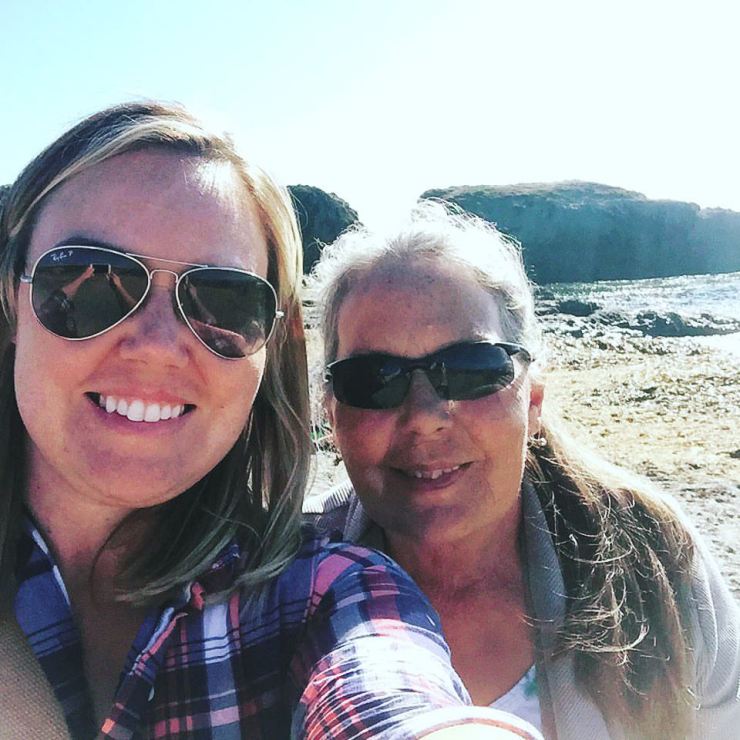